In this post our Guest Writer Jason Carter excavates and restores an early companion to the Demon Dog’s work: 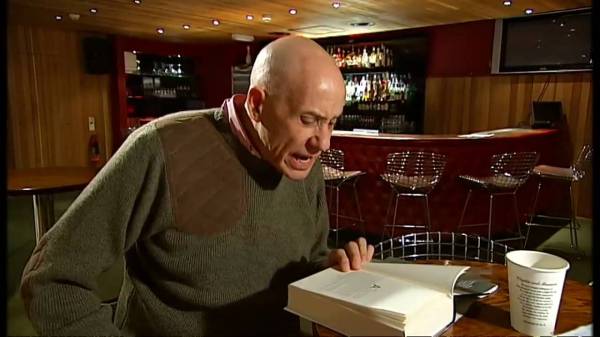 James Ellroy has one of the strongest commands of language of anyone I’ve ever encountered, writer or otherwise.  I’ve often said that the Demon Dog has personally taught me more about the English language than anyone else.  This is partly why I refer to Ellroy unequivocally as my greatest teacher.

I met Ellroy for the very first time, during the Denver stop of his Blood’s A Rover tour in October, 2009, at the Tattered Cover, an iconic independent Denver bookstore.  Introducing Ellroy that night, the bookstore’s manager explicitly said that “there are many of us here at the store who believe [Mr. Ellroy] is one of the greatest writers of prose… ever.”  (You can listen to a podcast of this introduction, plus Ellroy’s wild presentation that night here)

In Reinhart Jud’s 1993 documentary Demon Dog of Crime Fiction, Ellroy acknowledges that his Lloyd Hopkins trilogy (Blood on the Moon, Because The Night, Suicide Hill) taught him the rudiments of writing, in spite of how emotionally unsatisfying those novels were for him.  With his L.A. Quartet novels and a personal challenge to make every successive novel “richer, darker, deeper, more sexed-out, weird and redemptive”, Ellroy would begin his transcendence of linguistic boundaries, and eventual vast expansion of the vocabularic capabilities of language.

Part of this complexity came about, as many discoveries do, as a byproduct of necessity.  When Ellroy submitted an 800 page manuscript for L.A. Confidential, his editor asked the Demon Dog to shorten it by 100 pages.  Most writers would accomplish this by eliminating a subplot, or even a character.  Ellroy instead focused on the book’s language and narration, cutting away unnecessary words, and stripping L.A. Confidential down to a hyper-kinetic shorthand that greatly accelerated the novel’s pace, and ultimately excised more than 200 pages from the original manuscript.

The first draft of White Jazz, written in a normal first person perspective, read flabby and excessive.  Ellroy applied his elimination technique to the L.A. Quartet’s concluding volume even more stringently than before, and thus created, in his estimation, “the perfect fever-dream voice for [White Jazz’s narrator] Dave ‘the Enforcer’ Klien”.

The 2001 publication of The Cold Six Thousand would push Ellroy’s manic shorthand to its absolute apex, with each sentence stripped to its essence.  The effect is simplistic in its singularity, yet at nearly 700 pages in hardcover, pugilistic and densely baroque in its totality.  In Ellroy’s 2010 memoir, The Hilliker Curse, he says of The Cold Six Thousand, “I wanted to create a work of art both enormous and coldly perfect… I wanted readers to know that I was superior to all other writers,” while later acknowledging the severe “ass kicking” he and the book received from critics.

The Cold Six Thousand, like many of Ellroy’s latter works, is highly rhetorical, and demands to be read aloud.  When I worked in broadcasting several years ago, I would always read an Ellroy chapter or two aloud as a vocal warm-up before my radio show, or even for a long day of recording voice overs for commercials.  I wish I had recorded these Ellroy-fueled warm-up sessions; they were quite hilarious.

If you’ve ever seen Ellroy read his work for an audience, you know the Demon Dog practically bellows each sentence.  This is primarily because the books themselves are so graphic, in language and content, that to read them in anything but the most powerful tone possible would be a severe and disingenuous injustice.  The language is itself an indispensable main character.

A classical music fanatic, Ellroy has infused all his novels with more than a respectful hat tip to his icons, particularly Beethoven.  I would easily place Ellroy among a lineup of virtuosos—literary, musical and artistic alike—including Nicolo Paganini, Franz Liszt, Anthony Burgess, Hieronymus Bosch, James Joyce, Art Tatum, and more contemporarily, John Petrucci and Steve Vai.  In fact, I once described the Demon Dog to a friend as “crime fiction’s Beethoven painted by Hieronymous Bosch, as told to James Joyce, if all three were tossed into a blender and mixed on frappe.”

Chip Kidd, who has designed the cover art for all of Ellroy’s Alfred A. Knopf-published work, described the Demon Dog as “Mickey Spilane with a master’s degree…except I know that James doesn’t have a master’s degree.”

Introducing Ellroy at the Mystery Writers of America’s 2015 Grand Master ceremony, Mysterious Press owner and early Ellroy mentor Otto Penzler said the Demon Dog’s prose style “is so original, and so powerful, that I wouldn’t hesitate to call [Ellroy] the most influential American writer of the last quarter century.”

Ellroy himself has defined his distinctive style as a “heightened pastiche of jazz slang, cop patois, creative profanity and drug vernacular” with a specific employment of period-appropriate slang.  Ellroy elaborated on this in a 2010 interview with TIME Magazine:  “I love the hard-boiled school of language,” Ellroy said.  “I love scandal language, chiefly alliteration.  I love racial invective, I love Yiddish.  I love language that is vulgar, that lives on the page.”  Anyone who’s experienced an Ellroy novel can certainly confirm that the Demon Dog’s writing is as alive as a rabid pit bull.

The now-defunct fan site Ellroy.com, accessible via the Internet Archive Wayback Machine includes a decent glossary of the countless abbreviations and colloquialisms that abound in the Demon Dog’s cannon.  I’d come across this list years ago when the site was still active.  Not long ago, I gave Ellroy a printed copy at one of his Denver film screenings.  The list is not comprehensive, but it is to date the only Ellroy glossary I’ve ever seen.  Also, it’s more beneficial to have it here than relegated to the infinite ash pile of forgotten web pages.

And, this list is arguably one of the first published companions to Ellroy’s work—predating the efforts of both Peter Wolfe and Jim Mancall.  Overall, a helpful component to understanding Ellroy’s complex and engrossing literary style.

Here it is, hepcats: 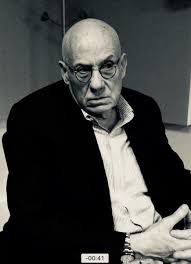